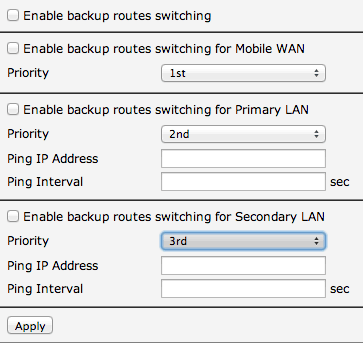 When the router defer to backup route based on priority setting (1-3, where 1st has the highest priority) it continues to probe other interfaces, so when interface with higher priority becomes available for more than 10s it will restore connectivity to a primary route.

For example, if your main path (router-1) becomes unavailable (or IP address, which you are pinging) the router switch the default gateway to router-2 (backup-1) and at last, if backup-1 is not available it switches to backup-2, 3G interface. When higher priority route becomes available for more than 10s, the router will revert to that route. 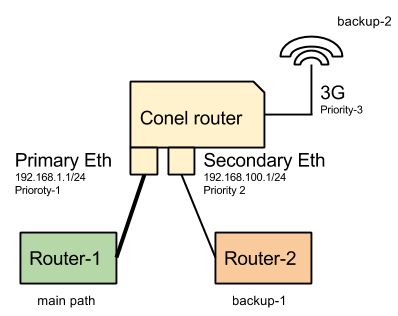 Usage can differ on application for example using ADSL as a primary link and 3G as a back-up path.

Solution to disable and enable radio interfaces on Conel routers based on time. Solution is to change the setting of

New BIG Firmware release for Conel routers. There is a lot of sub-utilities updates to current version, which in general